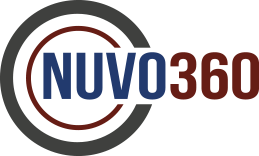 History of The Harris-Kearney House

Colonel John and Henrietta Harris migrated from Kentucky in 1832 with their family and settled in the West Port area. Their first home consisted of a four room log house on a farmstead located on the site of present-day 39th Street and Gillham Road.

John prospered and became the proprietor of The Harris House Hotel in West Port. In 1855, John and his wife Henrietta built a two-story, all brick, Greek revival house “on a ridge just east of town.” The grand home was known as the “Mansion House.” The bricks and mill work for the mansion were made on the premises by African American slaves. Originally, Col. Harris’ mansion stood on 5 acres of land at the southwest corner of the intersection of present-day Westport Road and Main Street. The  mansion house faced northwest overlooking the Santa Fe, California, and Oregon Trail (at this juncture, the road carried traffic servicing all three destinations).

After Col. Harris’ death in 1873, his son-in-law, Col. Charles E. Kearney, moved his family into the house so his wife, Josephine (Harris) Kearney, could care for her mother, Henrietta. The ell or back wing of the house was added to accommodate the Kearney’s five children. Mrs. Harris lived in her “mansion house” until her death in 1881. The Kearney family lived in the house for the next twenty-eight years.

In 1922, the house was moved in two sections to its current location which was, in later years, part of the Gottfried Homung’s vineyard. The Westport Historical Society acquired the home in 1976 and restored the original 1855 portion of the house as a house museum that includes the Westport Society headquarters, a visitor’s center and small meeting space.

Today a new and exciting life has begun for the historic Harris-Kearney House. In October, 2006, the Westport Historical Society launched a major fund raising campaign for the restoration and stabilization of the historic mansion. Projects include new wall paper and interior paint, restoration of the original woodwork, roof repair, front porch and back veranda repair and stabilization, exterior restoration and paint, updating the library and research room, expansion of the visitor’s center, installation of a wrought iron security fence to surround the house and property, and refurbishing the 1824 pianoforte.

The pianoforte can be seen in the Harris-Kearney Parlor room and is the oldest residential piano in Kansas City. When the restoration is complete, Kansas City’s oldest brick home will  once again convey its 1855 grandeur.